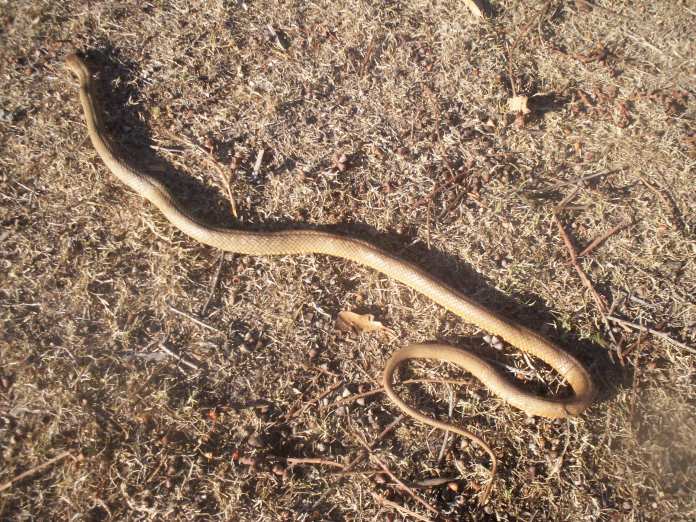 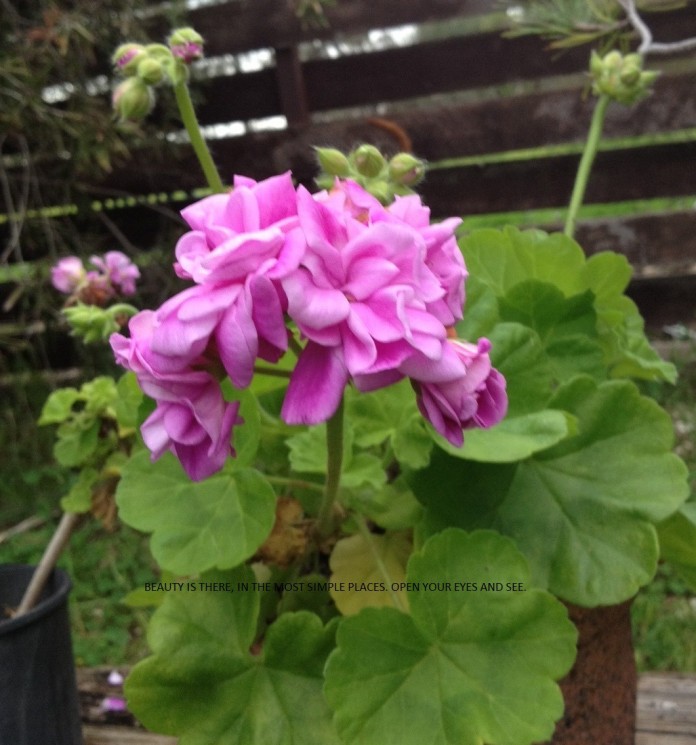 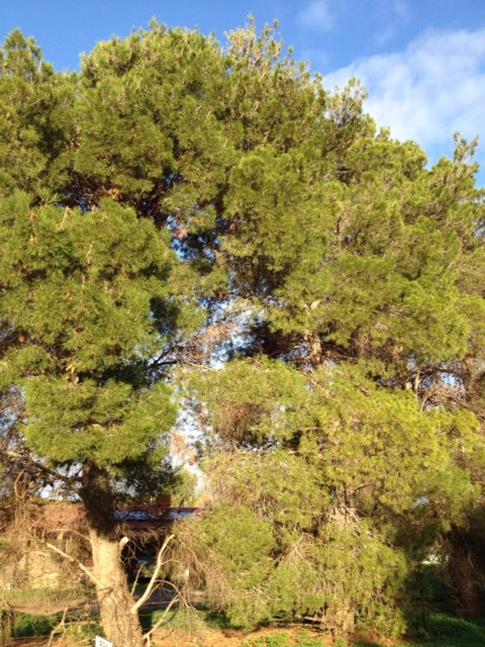 I went outside earlier today, to hang out the washing, and to give the dogs a toilet break. The clothes are hanging, and drying, and the dogs are all toileted and now they’re back inside, as I am. It was beautiful outside (apart of course from the doggy do).

The sky, the sky, it’s always the sky. In the midst of boring, familiar, basic things, there is the sky. I began this blog post some time ago. Two months, three months or few months? No, I don’t think so. It feels to me it was at the beginning of Winter, perhaps, and now we’re at the end of Winter – mild days, unless it’s raining, but cold nights, with Winter’s frozen claws holding on to its season.

But Spring is there too, these mild days we’re having now, when the clouds are held at bay, when the sunshine promises much and delivers some of it. These lovely almost Spring days … Bulbs planted many seasons ago are growing, green leaves first, and now, on the cusp of calendar’s Spring, we have flowers, or almost flowers. Tiny purple grape hyacinths, popping up in the middle of pine tree cones and other bits and pieces of Nature thrown down or dropped to eventually meld into the earth.

And we have freesias, again, not actually flowering as such yet, but the flowering stalk is there, and will be blooming soon, so soon. Will we have new colours, as Nature has played underground with the bulbs from last season to this? Or will the colours be the same mix as usual, and I try to remember, what were those colours, anyway? Beautiful colours, whatever they were, that’s for certain. And the plastic pot that once held agapanthas, and now is home to some more bulbs, that one’s been showing green strappy leaves for two months. I know what colour those bulbs will be, a deep orange/red with yellow, star shaped – Sparaxis is the name of that one, I’ve discovered after a combination of some research online and my memory.

There are no dogs out the front of our house, we have no fencing that would allow our dogs to go there, and there were no strays there with me earlier today when I was looking around at various plants …  We have many, well over ten, geraniums in pots or in the ground in our front yard, most of them flowering again, or flowering still. There’s a variety of colours there, from bright red to white, with various shades of purple and pink in between.

I love geraniums, they’re so easy to grow from cuttings, and to take care of once you have plants growing. A little water every now and then will keep them growing and flowering well. For anyone who feels they have a brown thumb rather than a green thumb, geraniums will help you to grow things that won’t die on you!

2 thoughts on “Life goes on, and on, whether I’m watching or not”

POETRY FOR ALL OCCASIONS

Writing Fiction
Verses of Life
Haiku out of Africa

My Journey with You

Pain goes in, love comes out.

Daydreaming as a profession

Just writing some poems. No pics, no GIFs, no vids. Keeping it simple.

Thoughts, experiences and learnings in a turbulent time

These are my private thoughts being made public.

For I, saith the LORD, will be unto her a wall of fire round about, and will be the glory in the midst of her. Zechariah 2:5, KJB